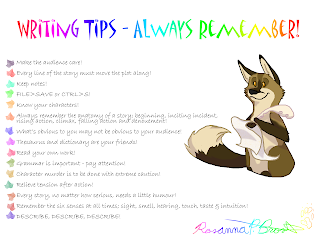 I’ve figured out what Thursday’s are!! Writing tips – common mistakes that everyone makes.  I’ll start a new page to add these to so you (and me!) have a quick reference if you need it.  Speaking of new pages have you noticed all the extra’s I added last night?  Several pages for The Arrival including the first five chapters if you wanted to have a ‘try before buy’ read of it *grin*.  And as mentioned previously, if you notice any errors just let me know so I can correct it!  I’m sure all you writers out there know exactly how hard it is to spot them after you’ve gone over it so many times *lol*  And onto the weekly writing tip!
This one is a common mistake for me if I’m not paying attention and I’m sure others find the same too.  So here’s a quick reference from Maeve Maddox at Daily Writing Tips
Been is the past participle form of the verb to be. It is used with the auxiliary verbs has, have, and had to form perfect tenses:
How long has it been since you were in ?
He had been writing that novel for thirty years when he died.
How long have you been living here?
Being is the present participle form of the verb to be. It is used with the auxiliaries is, are, was, and were to form continuous tenses:
Mary is being difficult.
The letter is being written.
It is used as a verbal, a word that partakes of both verb and noun:
Being polite is more productive than being rude.
The word being can also be used a noun meaning “creature.”
No human being should be homeless.
I watched a movie about a being from outer space.
Being can also mean “existence.”
We are called from nothingness into being.
In the expression “for the time being,” it means “the present.”
We’ll leave him in charge for the time being.