This is because I never really did her character justice last time ;p So here we go!  All about the terrifying tiny creature known as … (or Sianus, Sianny and occasionally the Devil incarnate..) 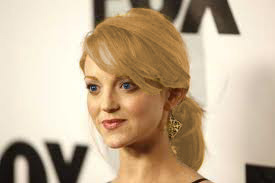 Don’t be fooled by those big baby blue eyes ladies and gentlemen! Oh no.  While she may stand a scant five feet tall this wee Pixie makes up in it for ferocity.  What can I say, she’s deals with being vertically challenged by taking people out at the knees, you know ‘HA! Bet you didn’t see THAT coming’

Now readers of The Arrival may be a little concerned that I’m miss-portraying this gorgeous waif of a girl as really, what has she done so bad?  Yet…  ; p  Well perhaps I should expand a little.   (aka Pixie to the loved up Daron) is the little girl in school whom everyone wanted to make wear pink.  Because she was ‘soooo little n cute!’
Sian in turn decided goth was a good look and to back up the look she began ju-jitsu – Brazilian style of course, the most effective for those of the tinsy variety.  Not satisfied with merely being able to pop limbs from annoying boys sockets she decided to give fencing and archery a shot…(bad pun I know ;p).  Unfortunately a lack of arm length ruled fencing/sword fighting out as even though this Pixie is a bad ass she refuses to do anything that requires her to look inelegant.  So archery was an easy way to expand her arsenal of skills.
But that’s just one side of the enigma that is Sianus..
is also a total home body and out of the four girls she’s the one likely to be cooking up a storm or cleaning.  As much as she delights in getting mucky (mud fights are fun! All the more so when you’re winning.) She’s an utter clean freak at home.  The girls tease her about her ‘Monica’ side but they love it cause they’re not so inclined.  They’re also very grateful at her cooking skills as it prevents them from living off sandwiches or cereal..
Out of the four girls is the most level headed when it comes to dealing with BAD situations.  Not quite as practical as Cat (trust me, this is a good thing..) nor so trusting as Kassie (though you’ll never know it till necessary) but as the middle child in a family of seven knows how to handle things.  Pretty much anything!  Hence when the sh!t hits the fan the other three tend to turn to her first.  They know she’ll keep her head level even when a Gragnoll is trying to remove it.
Whew! I think that’s the really short version of – oh! And her favourite colour is blue, she’s a Cancer and is the second youngest of the group at 24.
Take care all!
Nic
The Arrival, only $2.99 on Amazon or UK Amazon or $2.99 on Smashwords
Buy it today! 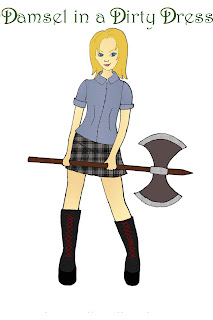