That for some reason we need to be reminded of occasionally.


You don’t HAVE to do ANYTHING in any certain order.  The world will not end because you chose to write your ending first.  Or because you chose to write all the bedroom scenes first (why would you do this?? Not judging.. just curious..) or because you wrote all the action scenes prior to everything else.  Yes it would be really nice to write the whole story in a simple straight line method but seriously as demented as you obviously are for even considering writing as a sane enjoyable hobby – why are you worrying!?! In the long run you’ll re-write the majority of it so STOP STRESSING and just get the damn thing written. 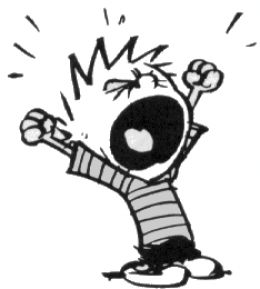 
….and yes.. that was mainly for my benefit…