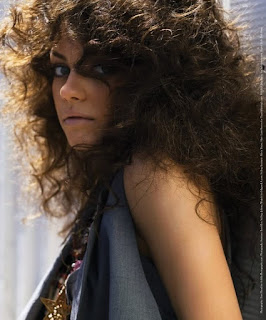 I have chosen the utterly stunning Mila Kunis to play Kassie.  She just needs ultra curly locks and a super duper pushup bra *grin*  Kassie is petite like Mila but with a very big bust, a rather top heavy look.  She has a touch of colour to her skin and copious amounts of crazy brown curls that she can never control. 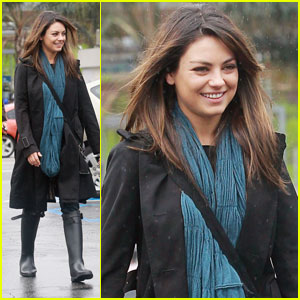 Kassandra or Kassie as everyone knows is a complete sweetheart.  She always has a hug ready and a shoulder to cry on.  Kass is the eldest of the four girls and can occasionally be pushed into the background.
Born in Malaysia Kassie had an unusual upbringing and actually went to a Military Academy for College.  Her College stories just can’t be beat.  Like the time she melted three port-a-loos when checking the weapons were disarmed and accidentally setting off a rocket launcher…  and believe it or not that is actually a true story from the friend that Kassie is based on *hee*
Kassie has been doing ju-jitsu the longest and not just because she’s the oldest.  She began as a tinsy tiny four year old.  Her parents thought it was a good idea as Kass has two older brothers and one younger.  She was never one of those girls who screamed and used the ‘girl’ card, instead she practised her ju-jitsu.  With her rambunctious brothers training she soon aced all her belts.
Okay so I’m kind of brain dead while writing this so I apologise for slacking on this post!  And don’t forget I have advertising on the side bars if you want to switch book covers with me and I want to buy your indie book!!  Let me know : )
Take care all!
Nic
The Arrival, only $2.99 on Amazon or UK Amazon or $2.99 on Smashwords
Buy it today!