Hello all new eyes out there, I know there are a few of you cautiously poking your head in to see if you should risk the wrath of Nicole *lol*.  So I thought I’d explain my reviewing process as let’s face it we all have our own way of doing things : ) 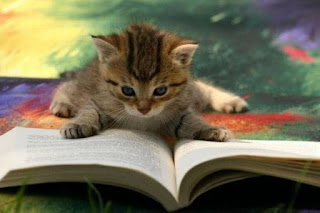 I don’t judge or compare books to anything except the work I’m reviewing.. Okay that may sound confusing, I’ll try to elaborate.  Say I buy your book and your blurb declares it to be a fun silly read that’s to entertain kids and parents alike (referring to last weeks review Bloated Goat).  Then that’s what I expect.  If however I begin reading it and it’s totally boring with a barest hint of humour then I’m going to give it a low rating and not really recommend it.
I will assume that any book I buy to review has been edited (no not professionally) has had spell check used and the person putting it up has been conscious of the formatting.  I won’t shred a book for any of these things though, unless they are REALLY bad.  If I can get a book published from studying the net then I assume others can too and no I’m not a computer wiz.  I just spent a decent amount of time researching stuff.
Basically what I’m assuming when I buy your book is that it is your shot at producing as professional a works as possible.  Does that make sense?  I am assuming you have had beta readers etc and aren’t a complete narcissist who just thinks they rock *grin*
I’m not here to give ‘nice/sweet’ reviews I’m here to give honest thoughts on what I’ve read.  I’d really like people who tend to disregard Indie authors to be able to regard my reviews as an honest interpretation of my experience reading them.
I want to do us – Independent Authors – a favour by proving we are just as good as a traditionally published author.  So that’s where the word of warning comes in.. If you’ve flicked up a crud piece of writing in the hopes of achieving say, Amanda Hocking’s success, then I will shred you.  Because we don’t need to be associated with nutty ‘get rich quick’ schemes.  People like Amanda have written many good, enjoyable reads hence their success.
And now on to my first two star review *gulp* 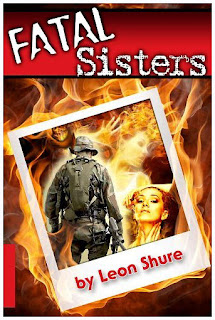 Review of Fatal Sisters by Leon Shure
The blurb:
A discharged soldier, Thomas Spevak, returns home only to find that someone is impersonating his sister, Megan. Hoping to find out what happened to his sister, Tommy hides his own identity and fakes a friendship with the woman who he calls Meg. But when he starts to fall in love with Meg, he discovers to his horror that Meg probably murdered his sister.
Review: 2 out of 5 stars
I was a little confused when I began reading this book as it starts with a character that isn’t mentioned in the book.  Once I got over the ‘eh? Is this the right book’ moment I quickly fell into the story.  The author is a good writer, I am in no way disputing that.  His characters are likable and believable and the situation (at first) is darn clever.  At the end of chapter 2 I was doing my best evil chuckle at the predicament of a pair of bumbling idiots (not giving spoilers away ;p you’ll have to buy or read sample) and had to tell Glenn (my partner for those who don’t know) all about it.  He did his thoughtful nodding while rattling off the titles of a couple of movie plots it reminded him of.  Not having seen any of them I shrugged and continued to read.  The first frustrating thing I noticed (in the first few pages too) is that the author over describes EVERYTHING.  I ended up skimming pages due to his characters internal ramblings (and wow can they ramble!) or his five descriptions of one thing.  He literally explains jokes after saying them.. way to kill the humour much.
I liked when he stuck to ‘his’ voice.  A masculine (as to be expected) simple voice.  However I’m going to guess someone told him they felt it was too simple and needed more descriptions.  If I ever meet that person I’ll be tempted to smack them..  Simple English is surprisingly hard to do and honestly if someone calls your book an ‘easy’ read you should be flattered!  Don’t start cramming in extra flowery ‘feminine’ words to try and ‘fix’ it.  So yes I did a lot of skim reading and rolling of eyes in sections where he insistently over described things.  As a beta reader I was itching to cross sections out as they really were just fluff that did nothing but annoy a reader trying to get on with the story.  Which really was good, a little cliché for sure but what story isn’t?
Until the last ten percent.  Sure there were a couple of moments in the plot where I thought ‘loophole! Would never happen or work’ but that would have been fine (or at least acceptable).  Until he threw in an annoying and unnecessary twist.  Sigh.
Which suddenly brought the story and murder down to a ‘honour’ killing, finish (or rather that’s what it felt like) and left me furious.  A character I liked and respected just went down the dunny and I’m left wailing ‘whhhyyyyyy?’  It was one of those moments we’ve all seen before.  The person you least suspected turns out to be the killer!  Except it was so ridiculously left field that it just felt as though he decided to do it on a whim five minutes before publishing.  A very disappointing end to a read I almost enjoyed.. *sigh*
And on to my next read!  But you won’t know if I’ve chosen your book till next week..*mwahahaha* ;p And remember if you’re looking for advertising space for your book cover I’m happy to ‘switch blog space’.  I’ll advertise yours if you’ll advertise mine.
Take care all!
Nic
The Arrival, only $3.99 on Amazon or UK Amazon or $3.99 on Smashwords
Buy it today!