Alek is the head of the Griffon Guard at just twenty five years old. It wasn’t a role that was simply handed to him and he’s proved his worth several times over, even as the youngest of the Guard. Life on Gar’nyse can be hard and Alek began training as part of the Griffon Guard when he was just ten years old, when he first linked with Loushka; a gorgeous tan griffon with red undertones in her mane and wings. Alek was made head of the Griffon Guard when he was twenty three, after he made a dramatic rescue of other members of the Guard from an exceptionally volatile situation. While neither a straight up good/bad boy, Alek does have a strong sense of honor and justice. But his training and personality makes him far from a pushover and he isn’t afraid to offend people when necessary. While he can be quite diplomatic, as his role requires, he won’t hesitate to act on instinct.
At 6’3 tall with a broad, strong figure he stands out in a crowd and his handsome face with striking dark blue eyes and black hair, makes most women he meets go rather fluttery ;p He is aware of it and was a bit of a player for a few years there, happily catching up with ‘friends’ in different towns. Alek’s heritage has always meant he’s expected to make an arranged marriage—but as many of you know, a certain red-head throws a spanner into those plans.
A bit of a loner in life, Alek’s close friends are those of the Griffon Guard and Loushka. He is of course well known and liked through out Elion but enjoys his solitude and makes the most of escaping to a cabin in the mountains when he has time.
I haven’t yet found one actor I want absolutely to play Alek and the best I can do is show a selection of those who have a similar look to him. Currently the selection is: 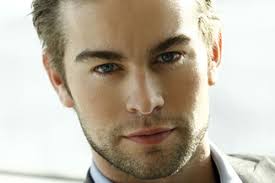 Chase Crawford (a bit too boyish for my liking, but hey! By the time this gets turned into a movie he may have improved ;p) 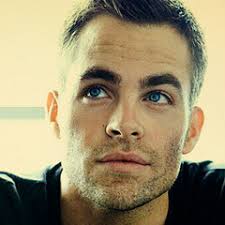 Chris Pine (this guy got Glenn’s approval cause he was Capt. Kirk—he’s growling at all the other suggestions ;p)
Tell me your thoughts or suggestions *grin* I’d love to hear them!
Take care all!
Nic
The Arrival, available for free right here on this blog!
Awakening on Amazon or UK Amazon or in Epub format right here on my blog (the bright yellow buttons on left!)