I decided to do this as a joint one seeing that Gredel and Citaan are married. It also has just occurred to me that I probably should do the phonetic spelling for the names too, in-case anyone is unsure.
Gredel—like Hansel & Gretel, just Gredel instead (no, that’s not where I devised the name from ;p)
Citaan—Kih – thhan —Most of the names I create tend to have soft ‘h’ sounds to them and rolled r’s too. I don’t know why, it’s just always sounded instinctively right to me *grin* And while we’re doing pronunciation, here’s how to say Gar’nyse, the name of the world the BirthRight Trilogy is set on.
Gar’nyse—Gahr (that’s meant to be a soft h and rolled r sound)- nice (like the city in —niece—not the word nice)
Gredel is the second in command in the Griffon Guard and rides a stunning griffon named Phroma. Phroma is a female griffon and has beautiful violet undertones to her fur and feathers. She is also the mother to a young male griffon pup named Ageip (or, re-arrange the letters and you get Paige, the name of my niece in real life *grin* and no, she doesn’t mind being a boy in the story ;p). Gredel is the oldest of the Griffon Guard at thirty five and was originally the leader. It wasn’t until a couple of years ago, when Alek saved him and Phroma from a very unfortunate end, that he passed the title to Alek. Gredel is of a solid build and solid in personality, in fact the only thing that ever really made him flustered was when he first met Citaan. He met the beautiful water sprite/human woman when she was summoned by Elena, the sorceress of Elion, to do some research in the . Gredel was the one to fly her deep into the mountain range and the trip that was meant to take only a couple of days, somehow, stretched to a week! They were married a mere five months later and after some stern recommendations (more like the old ‘I’ve got a shotgun and a shovel’ line) from Citaan’s father, Gredel is a little wary of flirtations of other women. Citaan’s father is one of the few men who would genuinely be able to take Gredel on and quite possibly win (and of course dealing to your wife’s father is never going to get you in the good books). Gredel is tall and muscular with strawberry blond hair and a ruddy complexion.
I’m not sure how much more to say as I know there are many readers out there who have yet to read book two, so I’ll stick to the first book stuff!
Citaan, as mentioned has water sprite heritage and consequently has beautiful light gold eyes and gorgeous turquoise hair. Rather like Katy Perry, but natural and with a much nicer ‘depth’ of colour. Citaan has studied flora and fauna in Elion for years and helps Elena with her more unusual requests, such as her current task of finding and tracking the arachnid fae who spin beautiful silk which is highly favored by the nobles of Gar’nyse.
Ideas for playing Gredel and Citaan 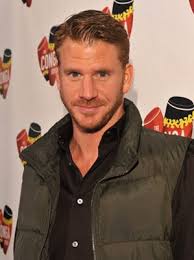 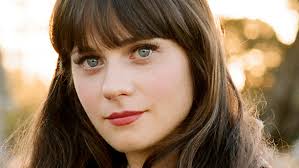 Dash Mihok and Zooey Deschanel
And just a wee note for those of you that like to chat with me on Facebook/this blog/Amazon forums/email. I am going on holiday to the Gold coast for 10 nights so I probably won’t be in touch as quickly, but I promise that I will be in touch when I can.
Take care all!
Nic
The Arrival, available for free right here on this blog!
Awakening on Amazon or UK Amazon or in Epub format right here on my blog (the bright yellow buttons on left!)