Kassandra
Known as Kassie or Kass to her friends, Kassie is the absolute sweetheart of the group. Always ready to hug and comfort a friend and always ready to deal to any evil males who may have broken their hearts! Her favorite prescription is chocolate—and in her humble opinion, it cures everything. Kassie has an unusual accent thanks to her Malay mother and American father and living in for five years. She also tends to speak rather fast—her friends don’t even notice now but people new to meeting Kassie often end up nodding along with her smiles and obvious enthusiasm but understand nothing of what she said. It amuses her friends to no end. Kassie is a real tough nut. She often doesn’t appear it, but when push comes to shove—don’t get in her way! Just five foot like , Kassie has a rather generous bust and it can make her appear a little top heavy. She tends to play down her bust for convenience sake most the time. She has pretty hazel eyes and crazy curly bronze hair that goes frizzy in the wrong weather and it never does as she wants it to, so most the time she just leaves it as is. Kassie loves to read and buying books means she has little left from her pay (but in her mind, she doesn’t need to eat that much ;p). She also loves getting outdoors and often joins Cat on the excursions to the cabin. Kassie has a beautiful tortoiseshell cat called Lucky. Lucky has a sprightly/naughty personality and seems to delight in perplexing her mistress. From stealing random objects; to dashing out the back door and demanding to be let in at the front door moments later; to pushing things off shelves/tables for fun, Lucky keeps Kassie busy!
Who could potentially play Kass in a film 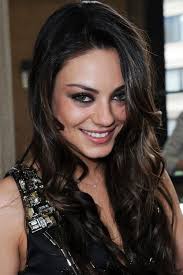 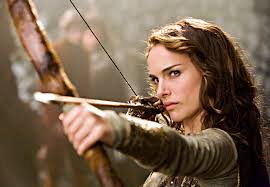 Natalie Portman (at my friend Sandra’s—who inspired Kassie—personal request)
Take care all!
Nic
The Arrival, available for free right here on this blog!
Awakening on Amazon or UK Amazon or in Epub format right here on my blog (the bright yellow buttons on left!)