I’ve been in a bit of a rut with my story.  Not because I don’t know where it’s going – I most certainly do! – but because I wasn’t in the right frame of mind for the quiet bits.  So I had a read about the snowflake method of plotting and have detailed it below.  I’m not going to use this precisely (far too technical for my liking *grin*) but I am going to work a couple of it’s ideas.
I’m going to get stuck into the action scenes.  Writing out exciting scenes really gets my blood flowing and I find it easier to be in the world of Sytas then.  I hope that doing this will get the creative juices and inspiration back on track J Already it’s gotten four pages out which is HEAPS compared to the last few days.  Also having almost completed my contest piece I’m feeling a little less stressed so hoping that will add to a glut of writing.  Well that and disconnecting the internet for a bit *lol*
A quick update on my book stats.  Yes sales have slowed but that was somewhat expected.  Still the 12 books I’ve sold so far this month amounts to 80 sold at .99c so I’m not too concerned.  I do want to increase sales naturally as if I ever want to write fulltime (YES PLEASE!) I’ll need to sell more to afford that ;p   Anyhoo onto the rather full on Snowflake method, have a read and tell me whether or not you’d consider it? Would you change anything? Or just use a couple of steps? 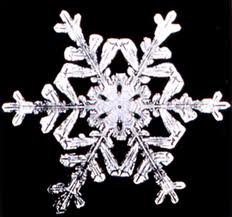 TEN STEPS TO THE SNOWFLAKE METHOD:
Step One – Write a one-sentence summary of your novel.  The best summary sentence is one that includes a reference to the character who has the most to lose and the thing he or she wants most to win.
Step Two – Expand your sentence into a full paragraph.  In this paragraph, you should include the story set-up, each disaster, and the ending.  You can decide the cause of each disaster, whether it is internally caused or brought on by external circumstances, and include those details as well.
Step Three – Next, your characters.  For each of your major characters, write a one page summary sheet that includes the following:
The character’s name
A one-sentence summary of the character’s storyline
The character’s motivation (what does he/she want abstractly?)
The character’s goal (what does he/she want concretely?)
The character’s conflict (what prevents him/her from reaching this goal?)
The character’s epiphany (what will he/she learn, how will he/she change?)
A one-paragraph summary of the character’s storyline
Step Four – Expand each sentence of your summary paragraph from step two into a full paragraph. All but the last paragraph should end in a disaster. The final paragraph should tell how the book ends.
At the completion of step four, you should have a fairly concise one-page skeleton of your novel.  (Don’t sweat it if it’s longer or shorter than one page.   The point is that you are taking your seed of a story from step one and growing and expanding it.)
Step Five – Write a one-page synopsis of the story from the point of view of each major character.  (For more minor characters, you may want to write a half a page.)  This step may seem tedious (and it can be time-consuming if you have a lot of major characters,) but it will really get you into the heads of the people who will give your story life.  You will begin to see where they agree and where they clash.  While plot is always important, honestly drawn characters are what make us lose ourselves in a novel.
Step Six – Take a fresh look at your one-page plot synopsis from step four and expand it into a four-page synopsis.  One way to approach this would be to expand each paragraph from step four into its own page.  This step gives you the chance to find the complexity in your story, discover new plot ideas that may have been inspired by your character explorations in step five, and weave in subplots.  By keeping it to four pages, you can also easily identify plot holes or problems with the story’s logic.
Step Seven – Expand your character summaries from step three into full-blown character charts.  Make sure that you not only know each character’s motivations and goals, but also the smaller details, such as the one thing they would grab before running from a burning house, or the person who has been the greatest influence on them.  This is the step where you make sure your characters are fully alive in your mind.
Step Eight – Take the expanded synopsis you created in step six and make a list of every scene that needs to be written to tell your story.  If you’re adept with spreadsheets, creating one for this task will allow you to use the columns for details such as setting and POV character.  For those of you who like to hold your writing in your hands, index cards will work just as well.
Step Nine – Using the scene list, write several pages of narrative for each scene.  If you choose to add in dialogue, that’s fine.  By the end of this step, you’ll have a miniature rough draft of your book.
Step Ten – Write your first draft!
For more information about the creator of this method, Randy Ingermanson, and his writing theories and methods, you can visit his website
And as for the reviews of books I am going to confirm that it is independent authors ONLY that I will review.  Apologies to anyone disappointed by that but I want to help out fellow indies because I do feel we have one of the toughest climbs.
But I will warn anyone out there seeking a review, if you are one of those indie authors giving the rest of us a bad name…. I will call you out on it!  Though I doubt those authors hunt out reviews ;p
Take care all!
Nic
The Arrival, only $2.99 on Amazon or UK Amazon or $2.99 on Smashwords
Buy it today!